My Blog is back so I can keep friends and others informed of La Dolce Vita. This first post is a post about some thoughts I have had since I arrived back in Europe now almost a month and a half ago.  I left with a strange yet familiar feeling of having come home from a long odyssey: I had come home from such a long absence. But how is that possible? I had spent some of my happiest years in San Francisco with Morris. But the barren years descended quickly after Morris died. Brexit following hard on by the Trump presidency and then COVID. The long bitter odyssey than began a depression only lightened by my best truest friend Larry and most importantly my kids Sarah and Esther. But those dear kids brought back feelings of shame and regret that I had abandoned them when they needed me. I try to make up for it as best I can but I can’t under estimate the pain and suffering I caused innocent children. So my return to Europe is first and foremost to be available for them as much as I can. So coming back in a certain regard means coming back to heal as much as can be healed.

There is also another interesting aspect to this coming home feeling.

This weekend I was invited to my first ever Easter weekend. It was a non-religious yet very traditional weekend with friends I had not spent so much time in over 15-20 years. And something I realized had been happening ever since I came back. I kept meeting friends I had not seen in so long, some as long as 30 years. It was a parade of good friends and the reconnections seemed more effortless if tenuous (we had all gotten older and had our own lives).

But these people knew me when I was in Europe in 1990’s. In 1991, after a two-year effort I found a job in Amsterdam and left America to live in Europe. I moved to Amsterdam and fulfilled my life’s dream of living in Europe and rejecting the United States (sorry US friends but you know this already).   I was a European by temperament. Not Dutch, not Italian, not even English. I felt no attachment to any country (so the US shouldn’t take it personally). But Nietzsche once said the problems of Germany could be solved if instead of aiming to be a good German they strived to be a good European. (Had Germany followed his advice, 2 world wars could have been avoided–but i digress…) But that spoke me too, I felt European, European in temperament, in values and tastes. Those values and tastes all fell apart when it was rooted in just one European country. So 1991 Amsterdam was perfect: Amsterdam of the 90’s was staunchly anti-nationalist and very welcoming to foreigners. I met a core friends very quickly, including a spouse for 18 years. This core of people saw my personality take flight. My first year in Amsterdam was a but like drifting rootlessly. But these friends and husband rooted me to the earth and for the first time in my life something like a life and a career began to form. They knew me better than anyone because they saw me grow in ways anyone who knew me in America did not see.

When I returned to America I met a core of old friends from the 80’s, some new colleagues and of course this new leather community, and a new husband and indeed a new family. But all these had not seen my growth my joy and my education in Europe. In many ways I felt part of me was not appreciated because it was not known.

So now comes my return to Europe. My European friends knew me in ways others don’t we could make jokes, make references, share known experiences that were so formative in my/our growth.

Now, this past weekend, I had a very strange Easter weekend. Strange because I had an Easter weekend, which I never had before. It started with an invitation from dear old friend of mine I had not seen in about 15 years. (I had saw her recently for a dinner at a mutual friend (whom I also hadn’t seen in 20 years—but back to our story). I jumped at the invitation because I really enjoyed seeing her again.  Before I left for the weekend, my Italian teacher was passing out easter eggs (a kind of oversized egg shaped chocolate) and she asked me, “When was the last time you got an easter egg.” And I said, ’Never.’ Which struck her as quite odd. I guess not only have I moved to a catholic country but also I made another digression….

I spent the weekend with my friend Claudia and then I met her son whom I had not seen since he was 6 and was now 21. We were accompanied by another friend I had seen in a while. I had a marvelous time at the entire weekend (they were not religious so the Easter celebration was more a conglomeration of culinary traditions tied with the spiritual intent of what the religious holiday stood for if not its religious content. Sadly, that meant i could forget about cutting back on sugar that weekend.

We also were in the city of Varese which is near Switzerland and so we made some marvelous hikes in the mountains and explored an old convent turned into a village, Sacro Monte di Varese. 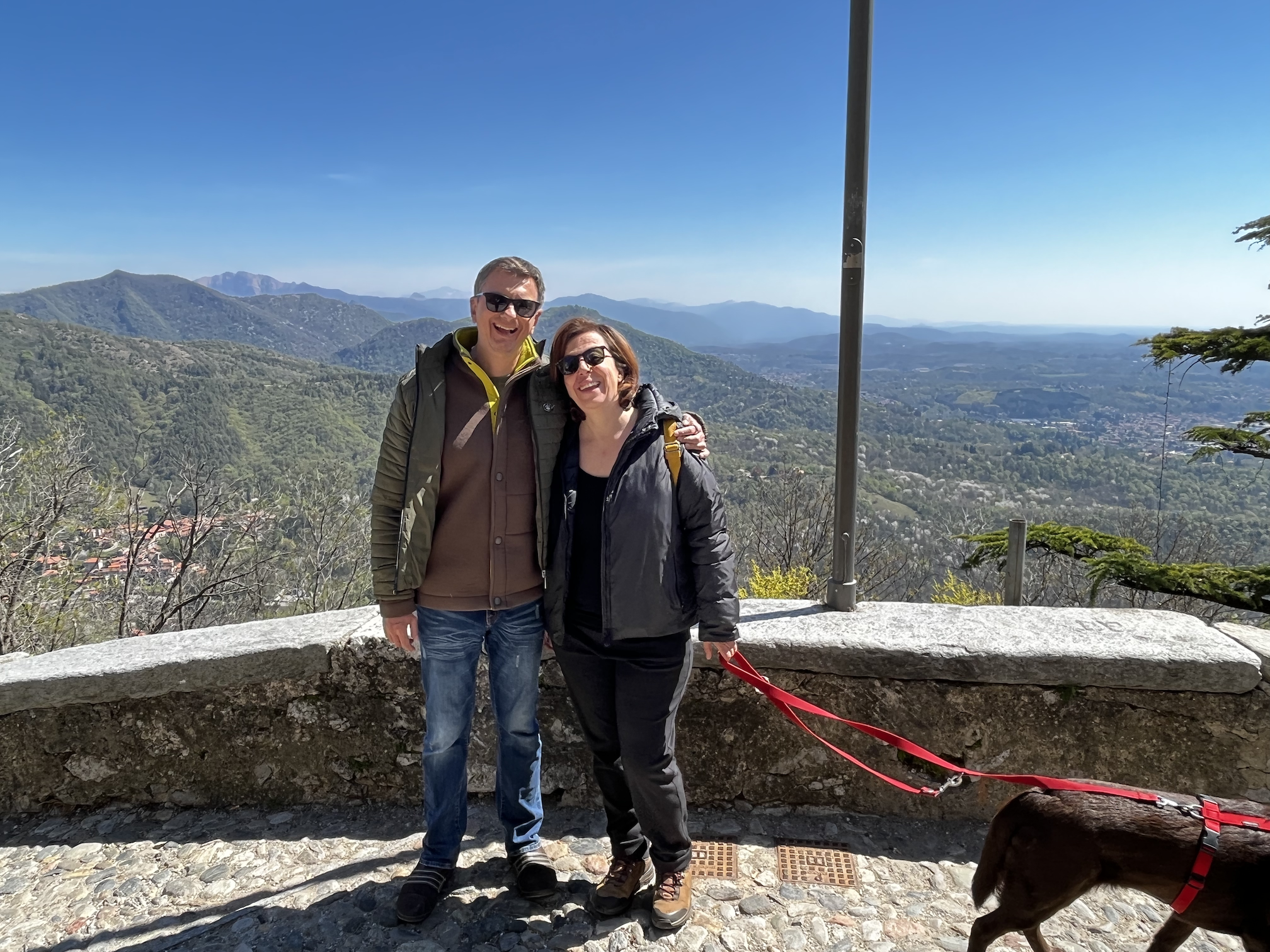 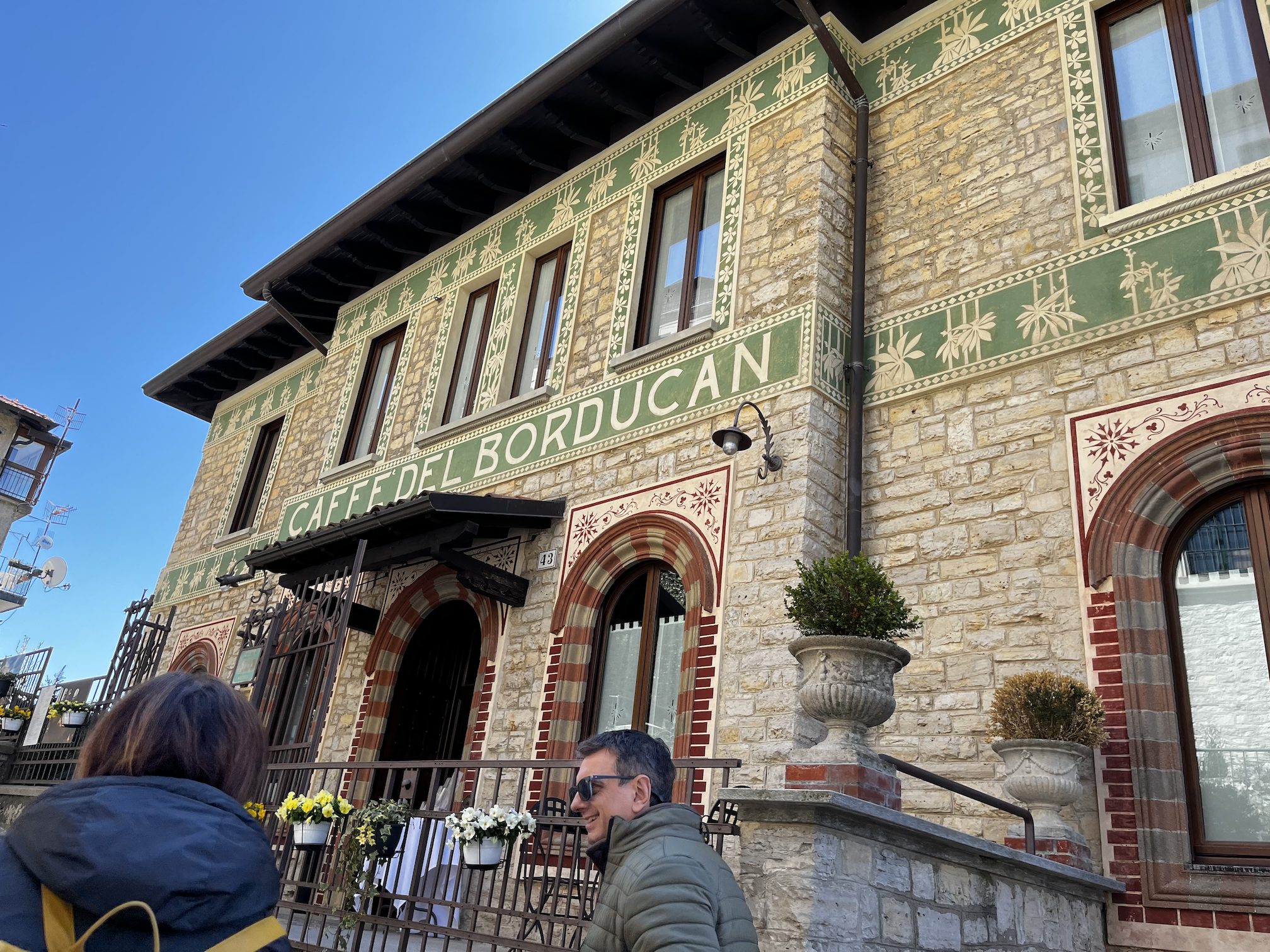 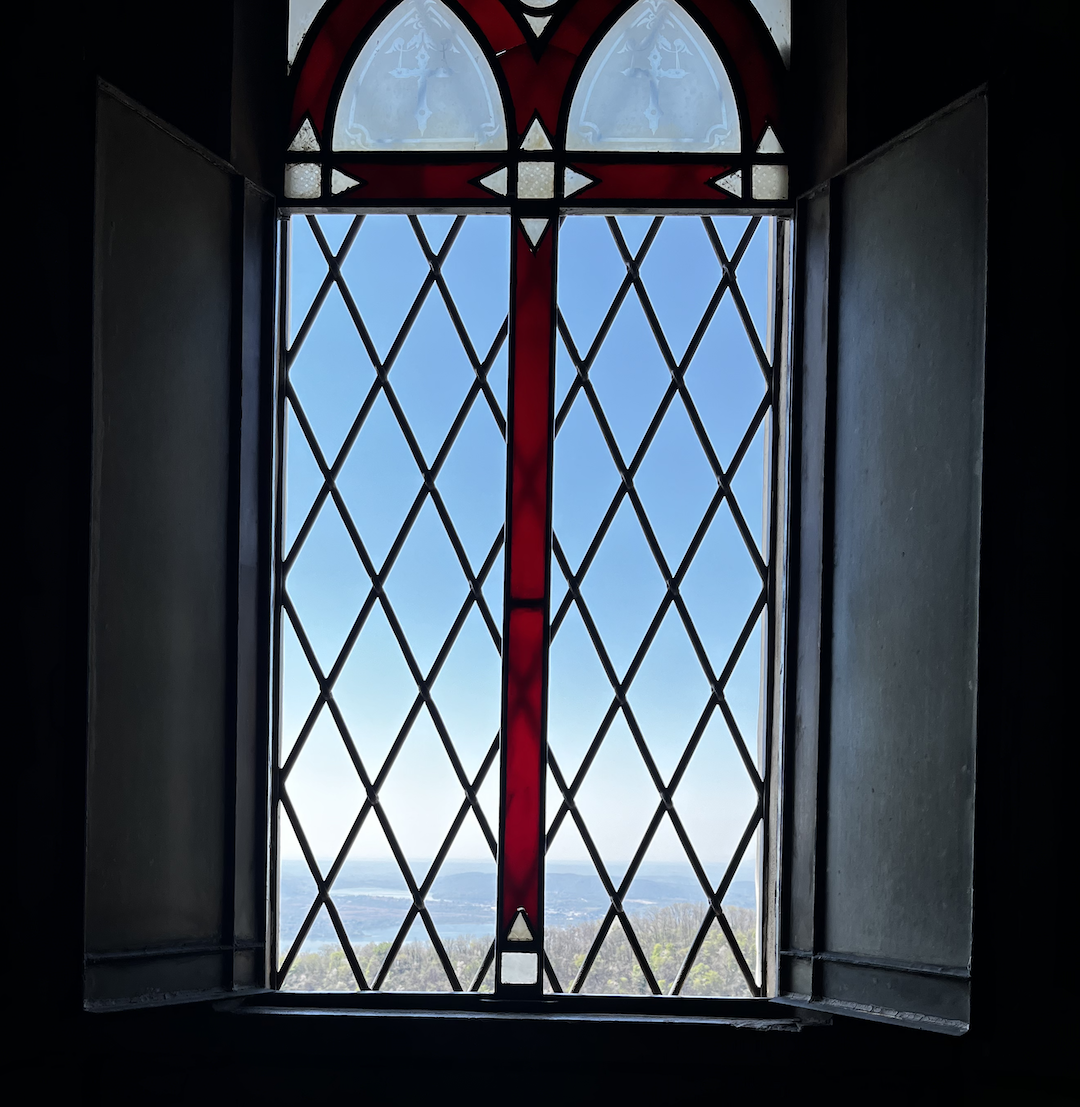 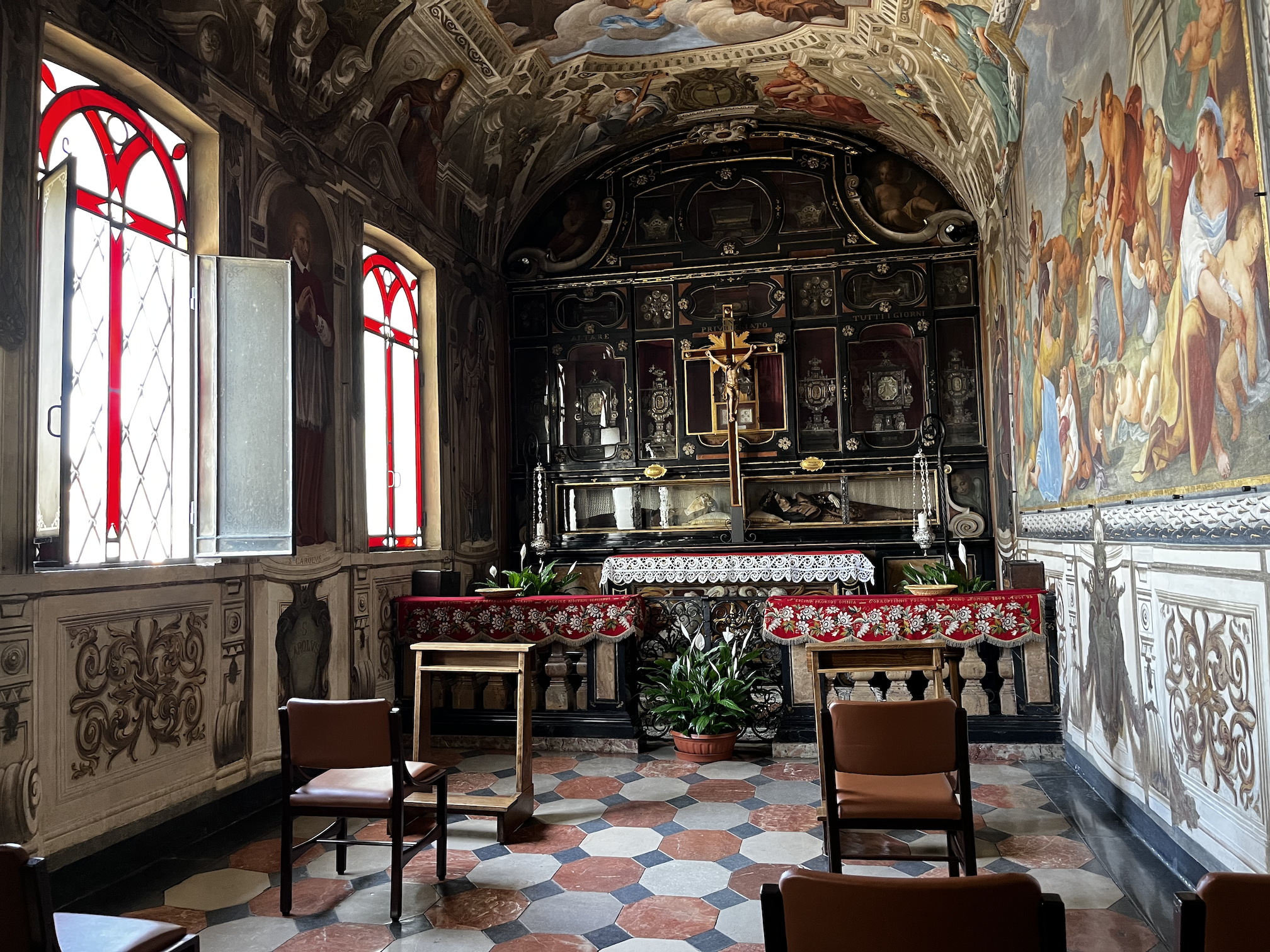 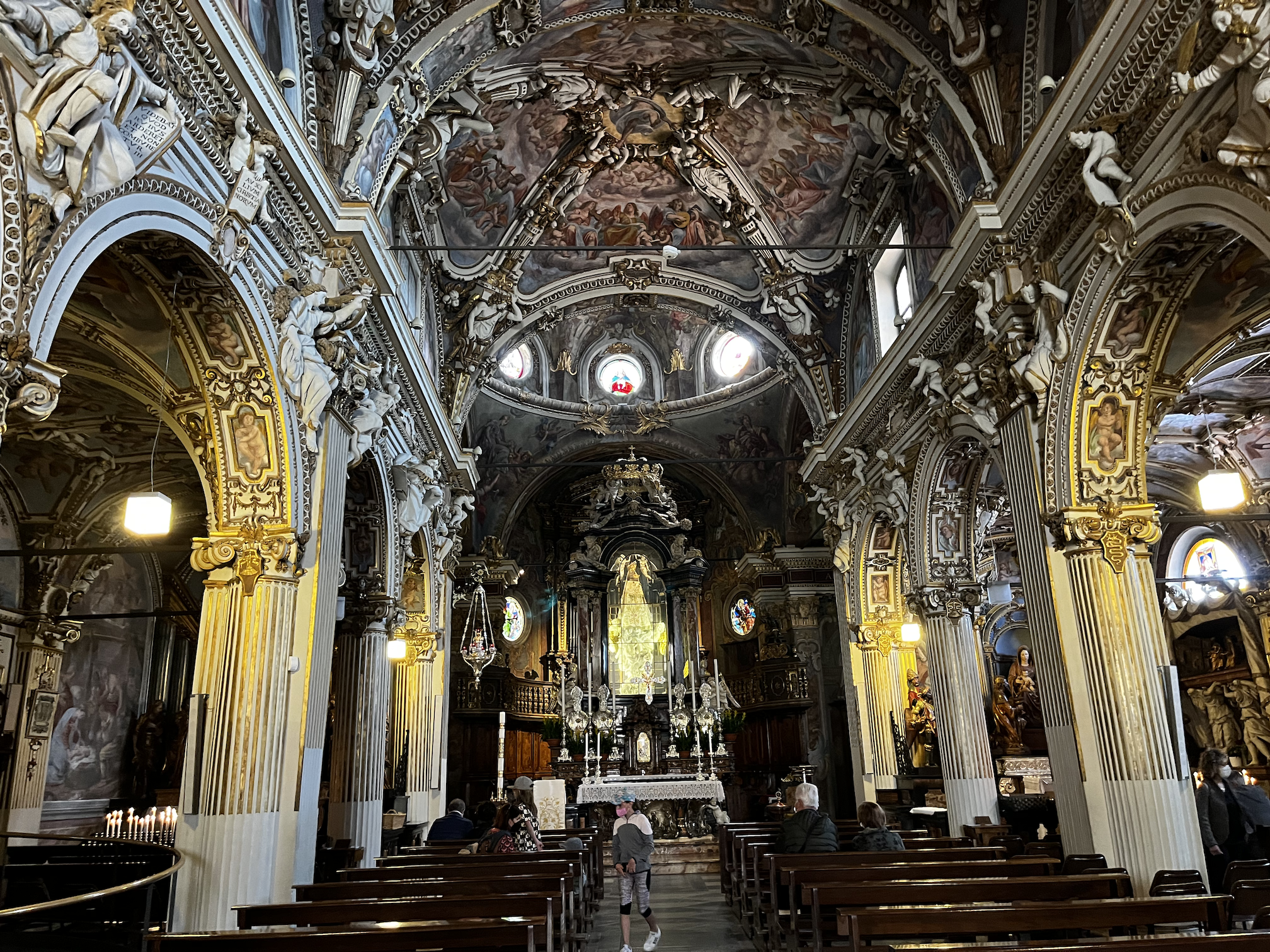 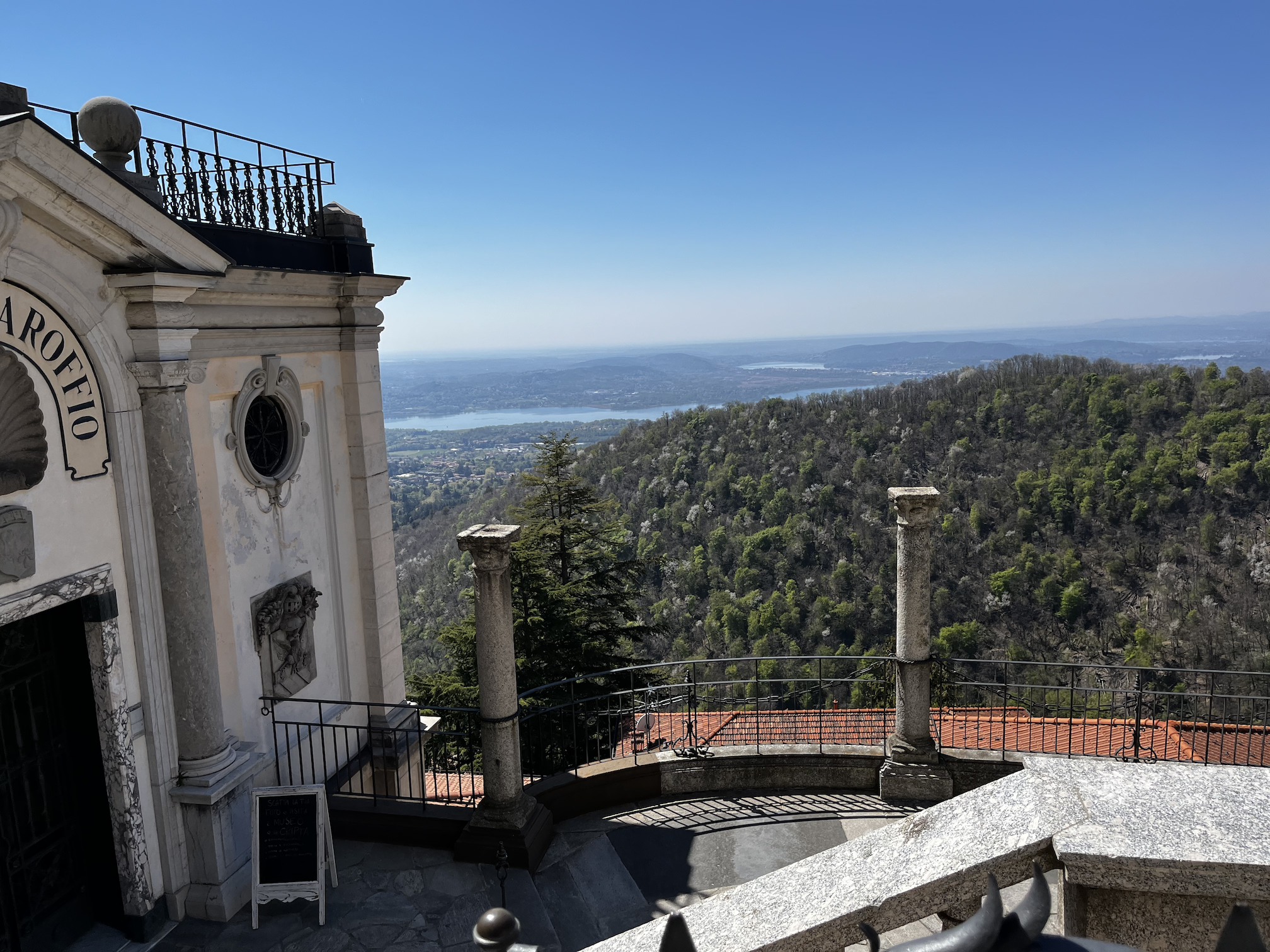 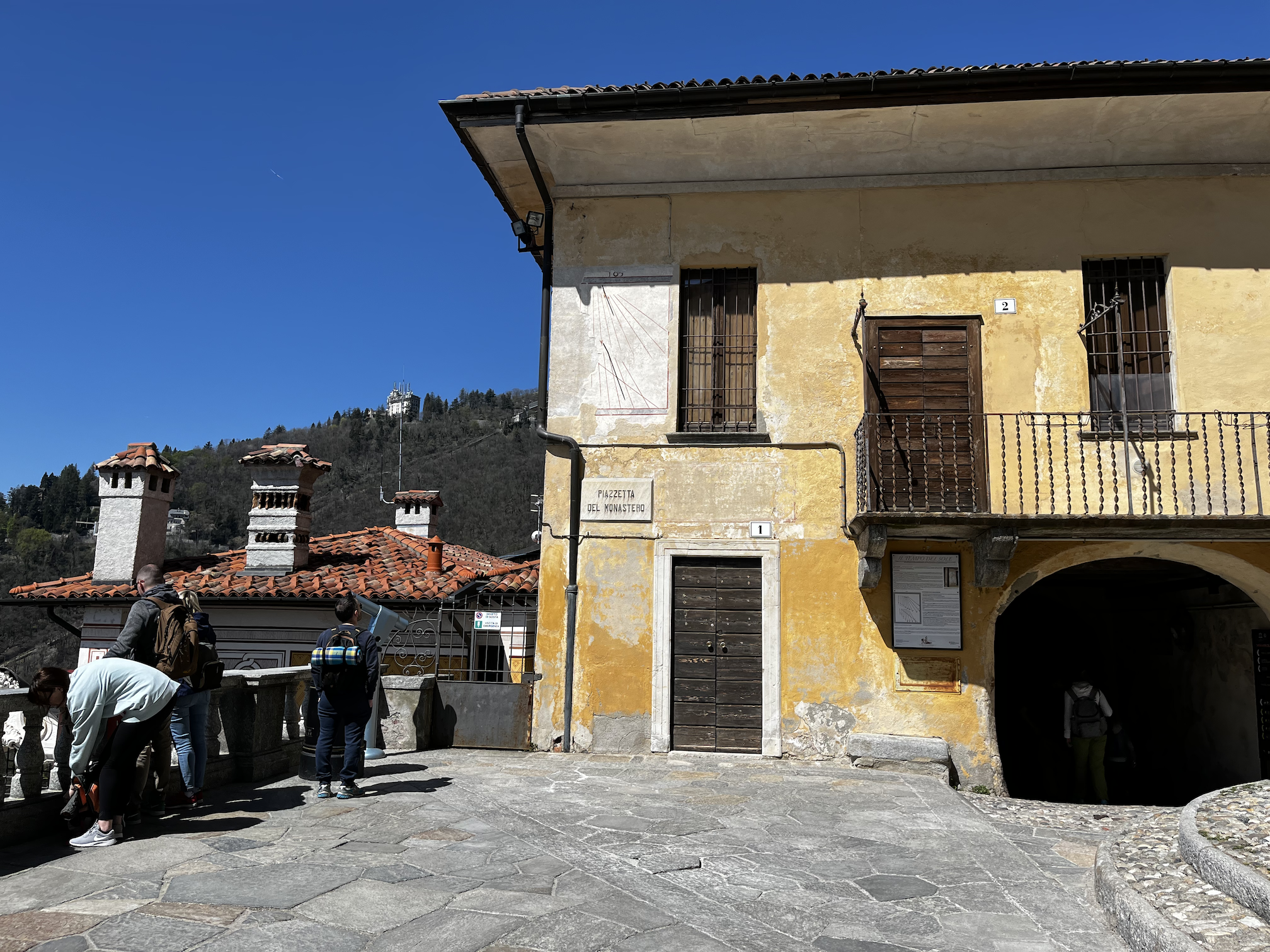 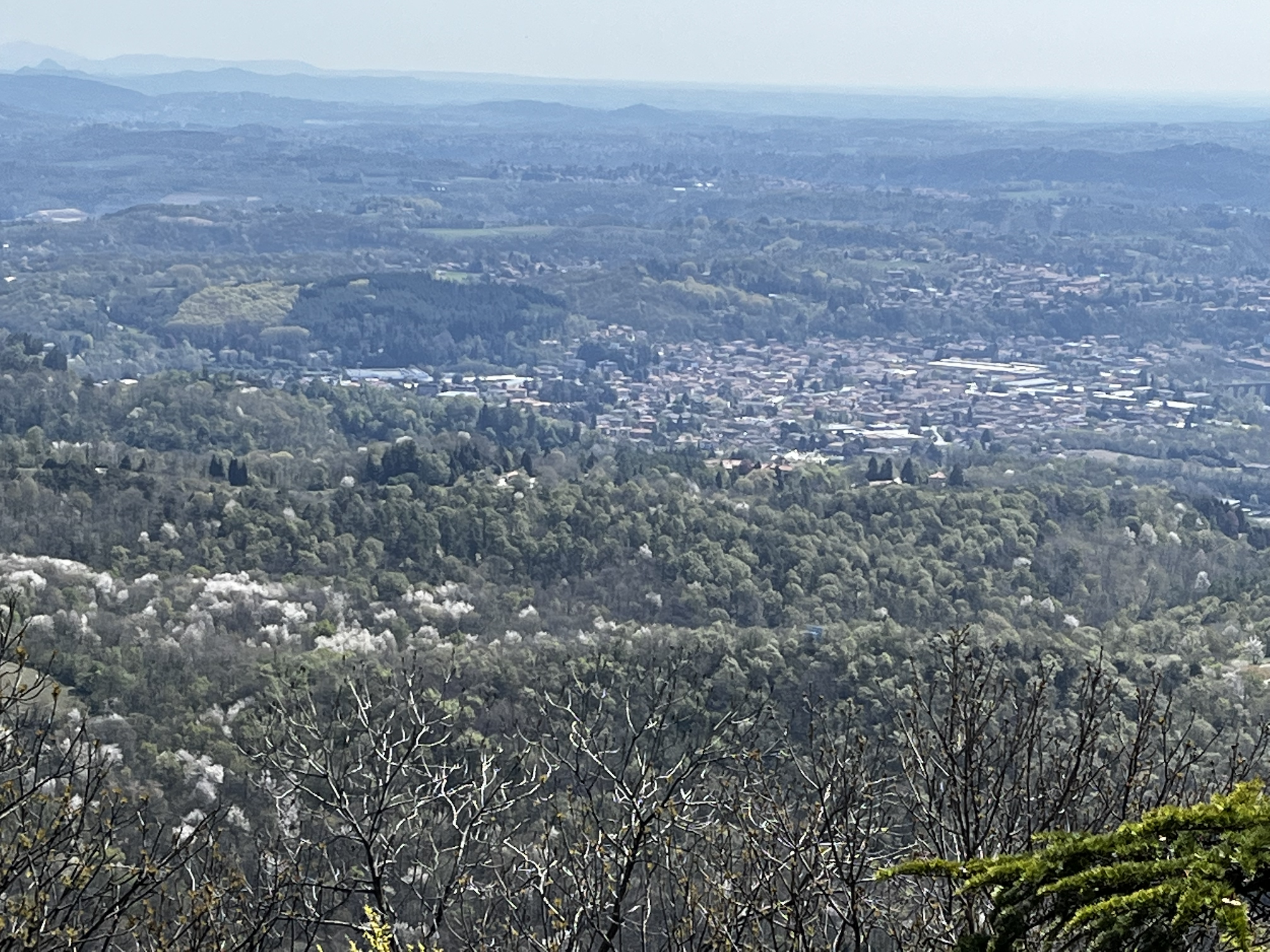 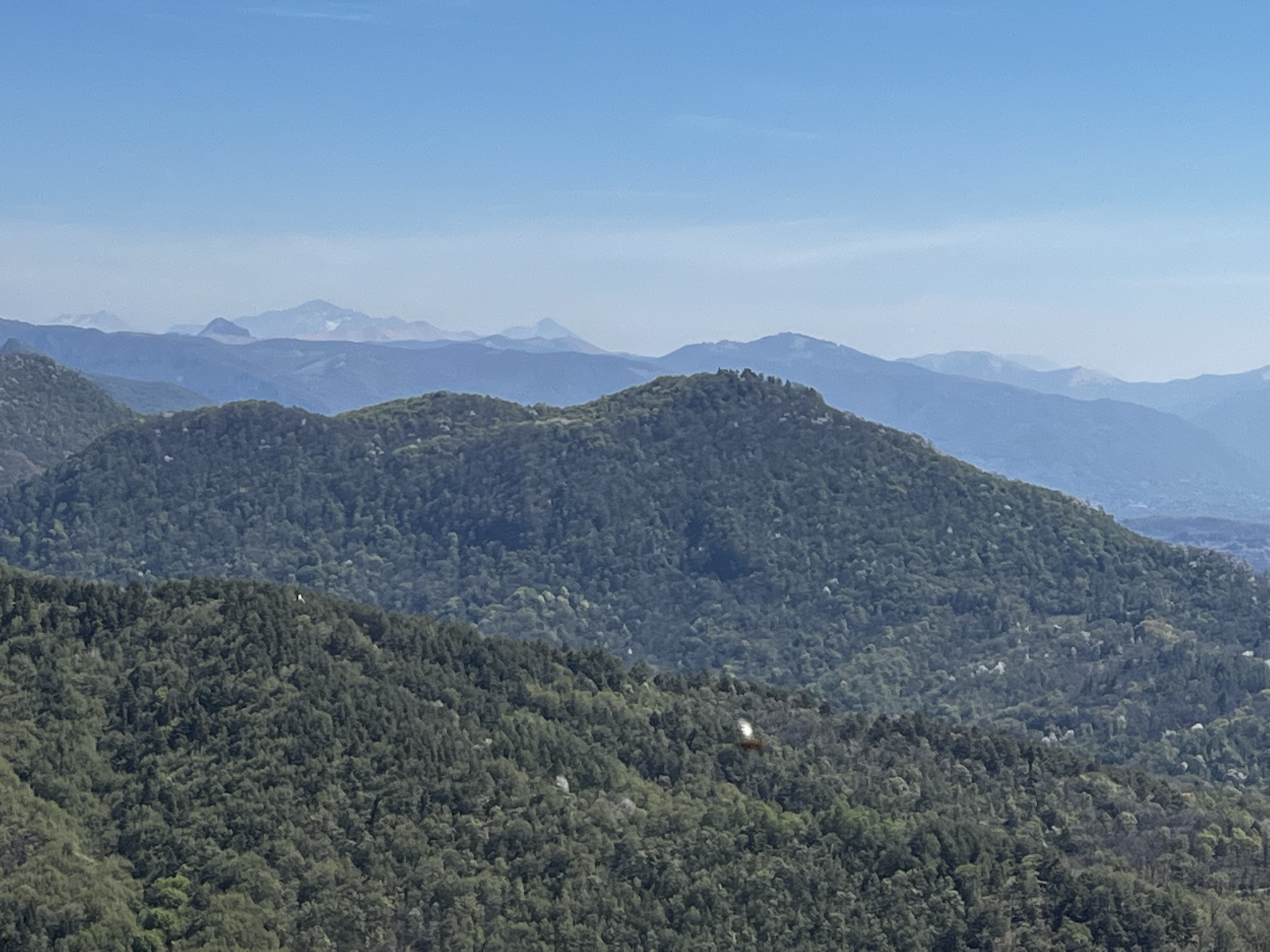 Most importantly, it was a small group so we embraced the intimacy and spoke our hearts, just as if we were talking yesterday on my house Hugo de Grootkade over a cup of espresso made from my Rancilio Silvia. It makes me nostalgic for Hugo de Grootkade for those who don’t know it here are some picture of it. 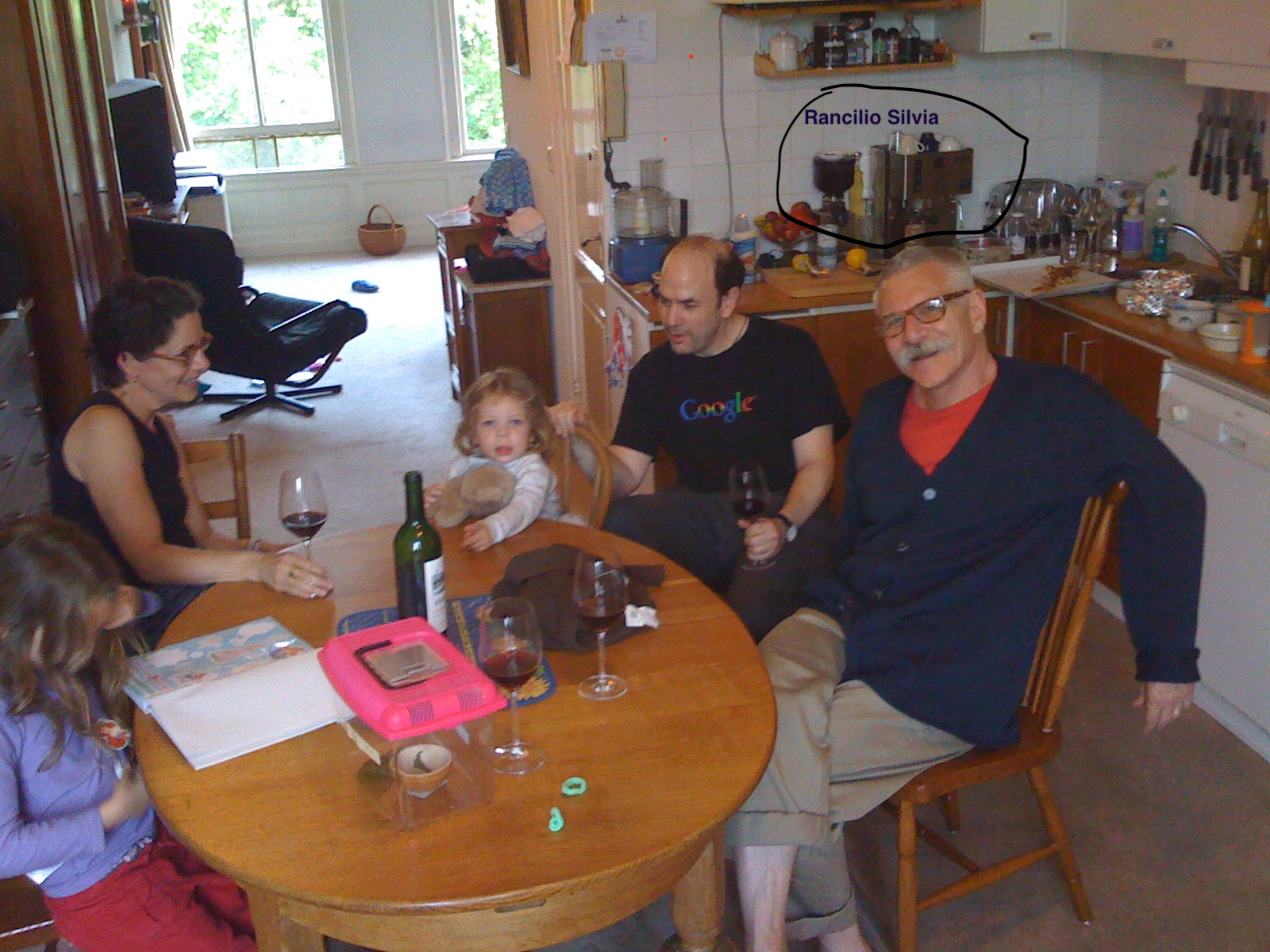 On the way home from the weekend, I had some strange sense of euphoria and the only way I could describe was this feeling like returning home after a long Odyssey. It was then I became aware of the double life I had. I didn’t lead a double life but I had parallel ones where one ended another took over. It is so strange that I have now met a half a dozen friends I had not seen in well over a decade and we were talking like we just saw each other yesterday.

I have this profound sensation that I have given myself the best present of my entire life by moving back to Europe. And yet I have left so much behind, SF was home too for a while, but in America I always felt out of synch with the country and now I have a new feeling of belonging—the same one I last felt around 2000. I can’t say 2002-2021 was a long stretch of a bitter winter because this time include the love of my life, the happiest years of being in a relationship with Morris Taylor. It includes also my closest friend, Larry. But yet I can’t escape this feeling of somehow taking a running jump in 2000 and now finding myself here in 2022. How? Or How strange.